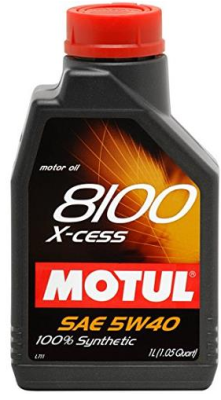 In the process of doing thousands of hours worth of residential training, teaching people from all over the world, helping people with a gamut of inner and outer game issues, I keep coming back to a fundamental lesson.

Usually, what happens is something like the aspiring PUA goes out, tries everything all at once, the girls get weirded out, he gets frustrated, everyone goes home sad and alone.

I hope to save you from this terrible, expensive, time-wasting fate, and help you learn much more quickly.

So, just like that person taking a journey of a thousand steps, you’re going to take a journey of thousands of approaches. Maybe less. Probably less. It’s irrelevant, let’s move on.

First, commit to practicing regularly. twice a week for 4 hours+ is bare minimum to get better. Consider it like working out: If you work out for 3+ times a week, you’ll probably gain a lot of strength. If you’re just trying to maintain your strength, you can go to the gym less often. Starting out, go out regularly, but just like in the gym, you don’t want to go so often you burn yourself out.

Also just like the gym, some people are going to hate practicing approaching on adultfrinendfinder. I understand, there’s lots of times I was like, “Dude, a nap sounds way better than going out and talking to random people!” But you know what got me out of bed? Pick up buddies! Just like working out tends to happen more often if you have a buddy pushing you, the same thing will happen with pick up. You’ll hold each other responsible, and you’re more likely to go.

“But Justin!” you exclaim, “If I had any friends, I wouldn’t need this pick up stuff!” Don’t worry my introverted reader, I have a solution for you too! Take a shower, put on some nice clothes, and go to a place with a bunch of people. I’m a fan of pubs and shopping areas, but go wherever there’s a high concentration of people. Hang out for half an hour. While you’re there, you’re probably just going to get bored and talk to people just because you can. If not, if you just don’t have it in you to be social, and you put in your half hour, I give you permission to go home, but I want that half hour!

Now, when you’re out, doing your approaches, most people will try to apply everything they’ve learned. This is a quick way to get good at none of them. If you aim at every target, you aim at none. Pick one or two things you want to focus on, and drill into them. Start with opening. First, practice opening indirect. Then try opening, and then giving the women a compliment. Work your way up to a compliment opener. Getting comfortable with everything means that you can apply whatever will best suit the situation. From there, practice building rapport, story telling, breaking rapport, kino, qualification, sexual escalation. If you do it just like you did with openers, you’ll find yourself making steady improvements constantly.

Even having approached numbers of sets that get into the 5-digit range, I always fall back to these basics. And I focus on one at a time when I